The aftermath of the shooting shows rose pedals and brain tissue on the floor through the opening of the seats.  (bottom arrow)
Connally's arm could easily fit in that opening for the head shot.  Top arrow shows no image of a gun as a door handle on the trim panel.

HERE THE TEXAS GOVERNOR IS EYEING UP JFK FOR THE LATER SHOT ON ELM STREET. " THE NECK SHOT"

NOTICE IN THIS PICTURE HOW LOW THE JUMP SEATS ARE IN RELATION TO THE ADJUSTABLE  ELEVATED REAR SEAT.  CONNALLY WAS ABLE TO KEEP THE GUN LOW ENOUGH SO PEOPLE ON THE STREET COULD NOT SEE IT EXCEPT THE ELEVATED  ABE ZAPRUDER AND HIS CAMERA ON THE GRASSY KNOLL. 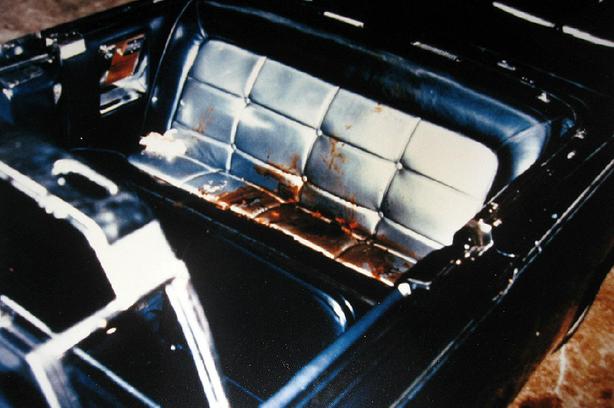 How could the Governor miss?

WHAT A SCUM BAG!

AND THE COVER UP OF THE CRIME SCENE! LBJ WITHIN 3 DAYS OF THE ASSASSINATION HAD THE INTERIOR GUTTED AND CHANGED. A MASSIVE DESTRUCTION OF THE EVIDENCE.

"And so my fellow Americans, ask not what your country can do for you; ask what you can do for your country"  JFK /   THE INFORMATION ON ENTIRE SITE ARE ALLEGATIONS BUT NEW EVIDENCE
from jfks gun flash
Content copyright 2015. JFKSGUNFLASH.COM HONOR THE ROSE All rights reserved

The brand new interior of the JFK limo.  Notice nothing on the inside door trim panel that resembles a gun.  Some of our critics claim what we are seeing is the door handle.  No way!  Besides door handles do not move on their own.

THE MAN WHO SHOT HIS WAY TO THE PRESIDENCY. 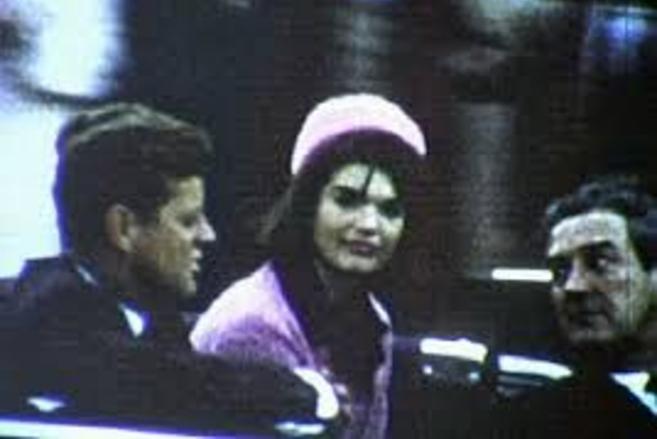 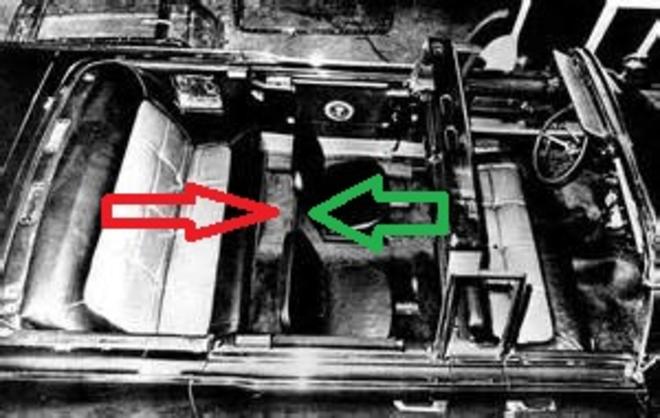 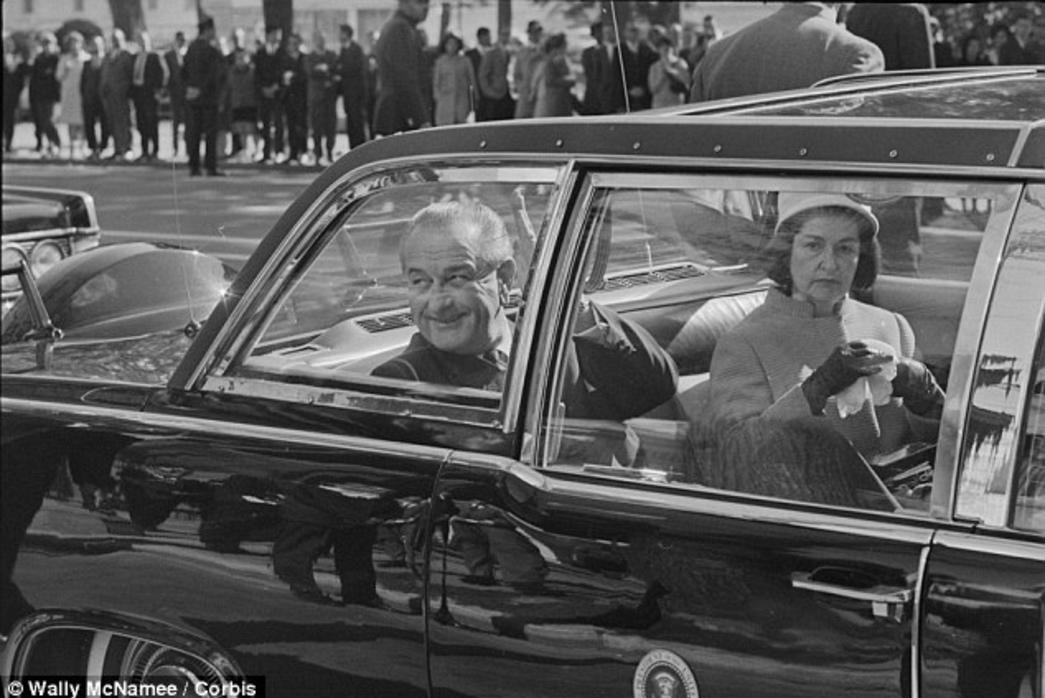 THE FATAL GUN SHOT TO THE HEAD! 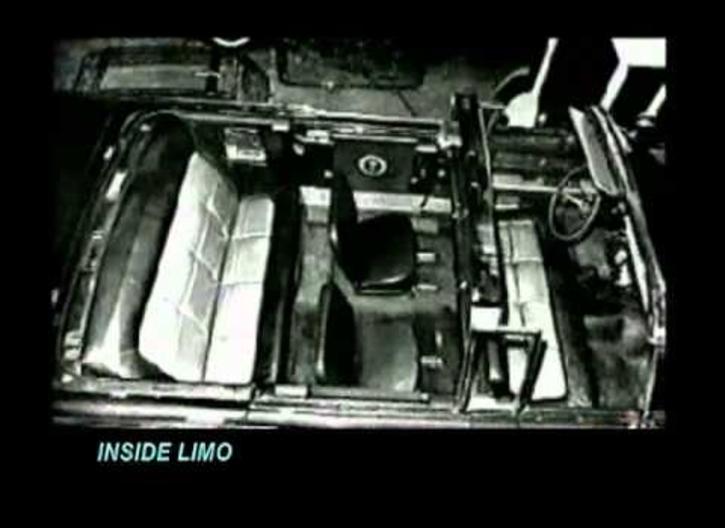 THE ASSASSIN WELCOMING  JACKIE AND JFK INTO THE KILL ZONE OR MURDER SCENE.

THE GREEN ARROW SHOWS WHERE CONNALLY WAS LINED UP WITH JFK WHO WAS LEANING WHERE THE RED ARROW IS.

WITH GUN IN HAND, CONNALLY PUT HIS ARM THRU THE OPENING BETWEEN THE SEATS AND SHOT JFK IN THE HEAD FOR THE FATAL HEAD SHOT.

Notice the Jump seats the Connally's were seating in.  Bucket seats with a huge opening in center of the 2 seats.  Above and below. 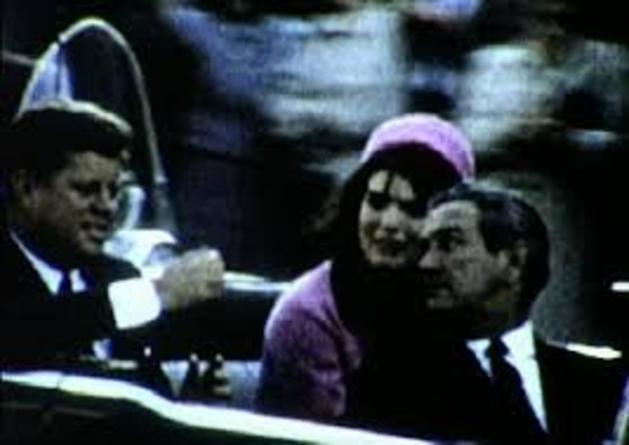 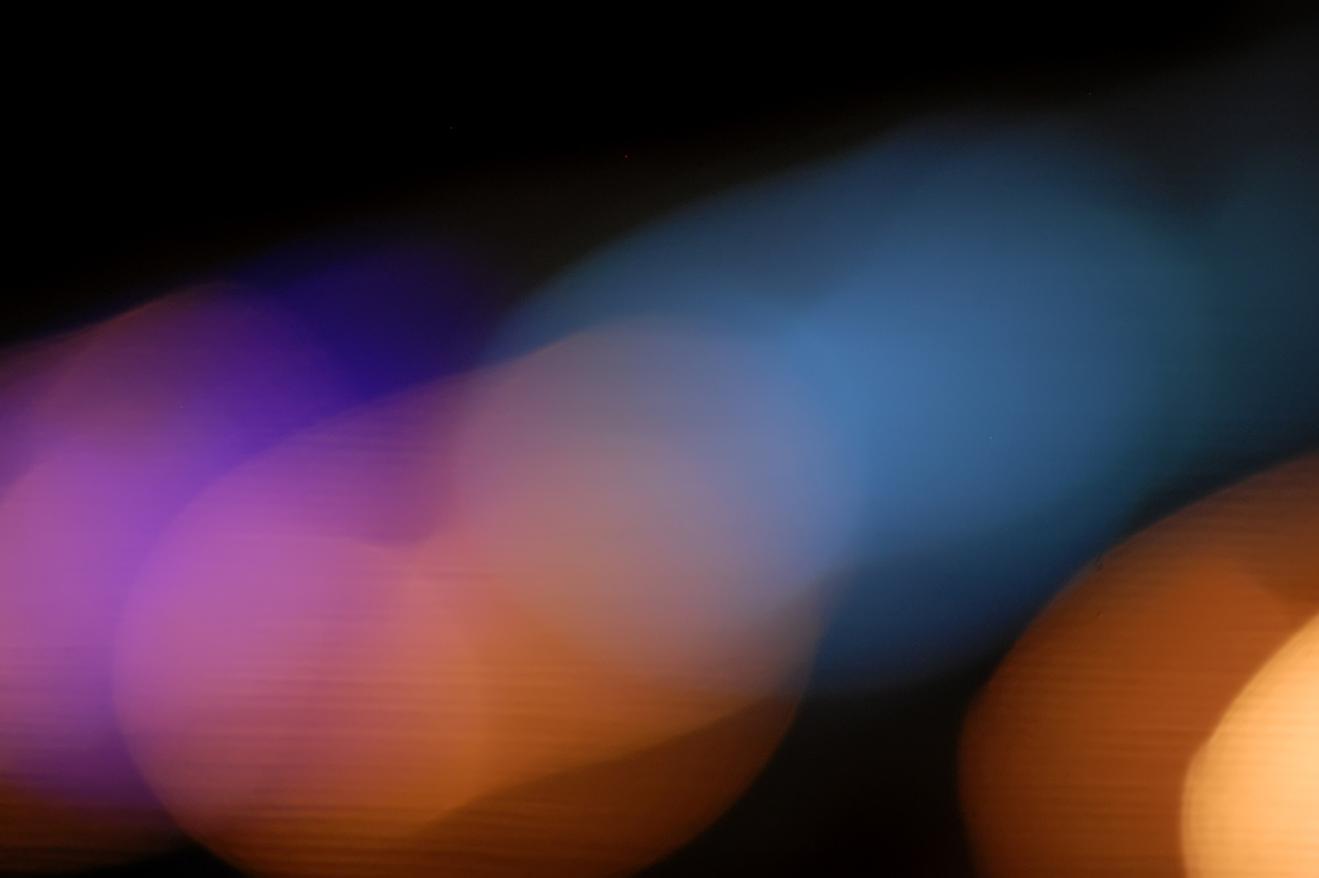 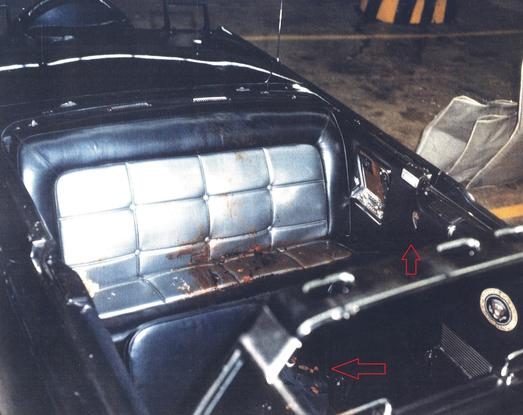 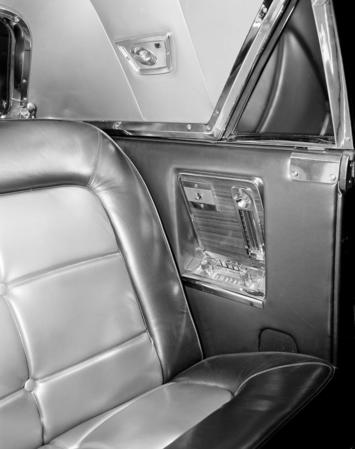 THE LEFT HANDED CONNALLY WITH GUN IN HIS LEFT HAND JUST TURNED A LITTLE TO HIS RIGHT LOOKED BACK AT JFK AND SHOT HIM IN THE NECK .  IT  WAS NOT A DIFFICULT SHOT AT ALL.  AND CONNALLY WAS A EXPERT WITH A GUN. 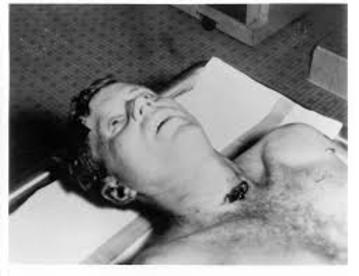 Connally leaning back into his wife  put his arm thru the opening of the 2 jump seats where he and his wife were sitting . 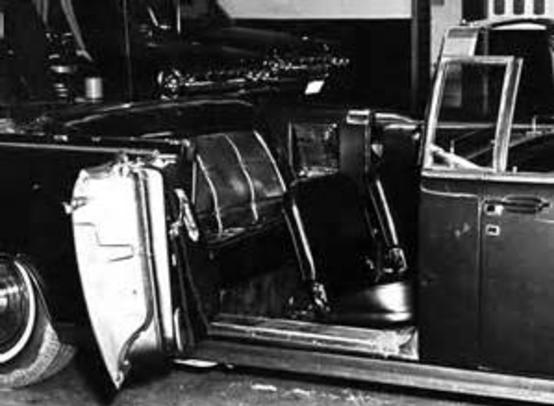 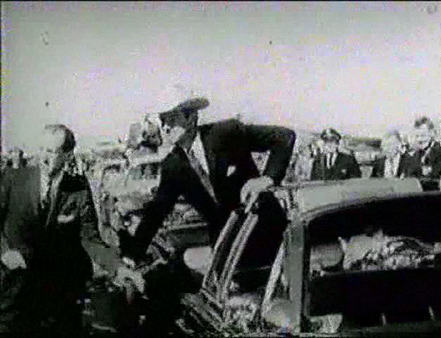 JFK'S MURDER KEPT CONNALLY AND LBJ OUT OF THE SLAMMER