"THEY" ARE BETTING  THAT BOOMERS ARE  MORE CHUMPS THAN PATRIOTS!    WHAT ARE YOU? 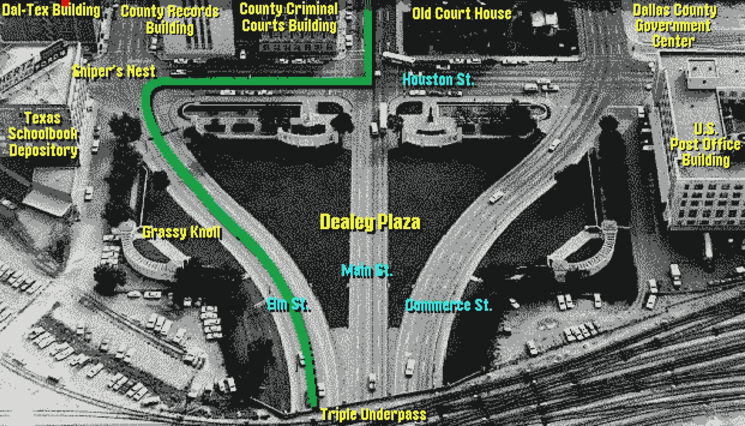 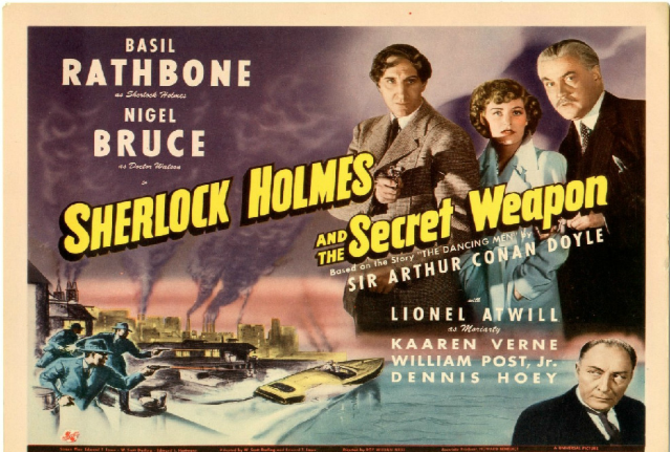 Connections to the word "Rose" in the Kennedy Assassination. This is what  we found.

Zoomed in version.  Notice that JFK is higher than Connally  is, that is because he
had a elevated rear seat that could be adjusted to different levels.  The neck shot
would be very easy from where Connally was seated. 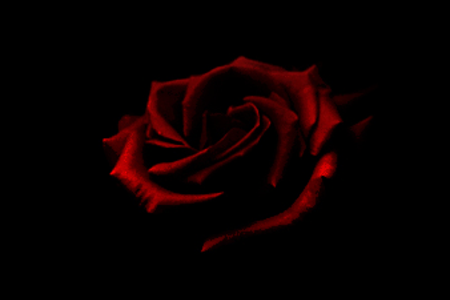 THE BELL FILM IS DOCTORED ALSO

See for yourself the man made
framing problem. 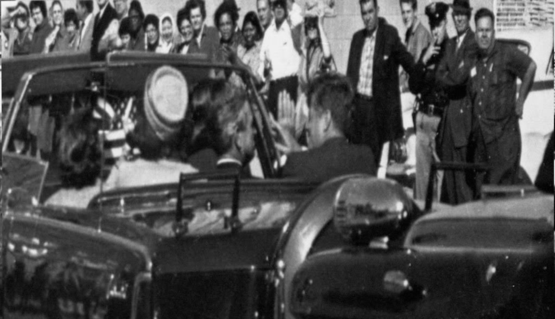 "Whoops" another man made
framing problem at the bottom
of the Bell film.

THE PEOPLE IN THE NEWS MEDIA ARE WEAK AND NOT HONORABLE.   THEY ARE NOT GOOD AMERICANS,  COWARDS YES. 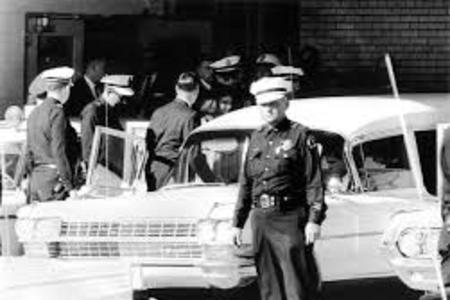 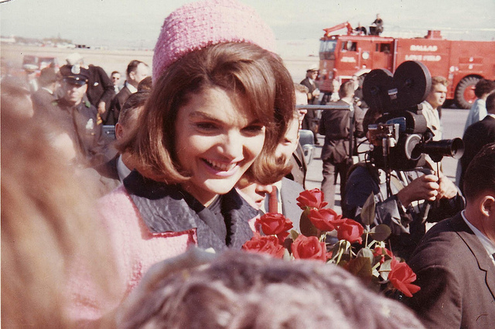 INSTEAD OF LOOKING STRAIGHT AWAY UNDER THAT IMAGE CONNALLY IS LOOKING  AT JFK.

The Face of a KILLER 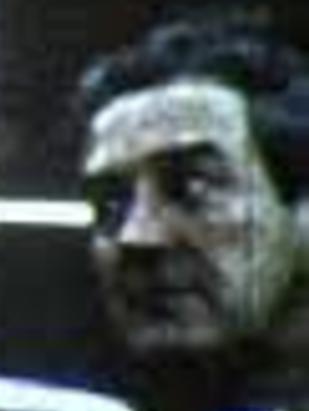 If you focus on Connally again
look at his head he is turned all the
way around and naturally he has a bar over his eyes.  Wow how did
that get there?

CONNALLY 'S IMAGE OF HIS HEAD HAS BEEN TAMPERED WITH.

Connally now on Houston Street one more quick turn on Elm Street and he will change history.
Notice that he is turning to his right getting JFK in his sights. His stress levels must be very high.
One very seldom gets to see pictures of someone right before they commit murder.

The Kennedy Assassination Is A Puzzle Of Moving Film And Pictures. 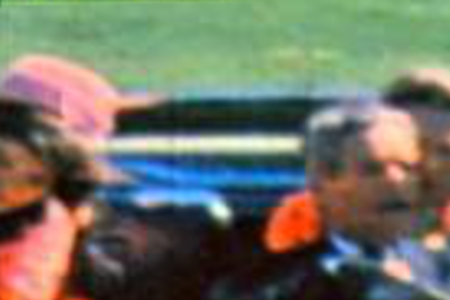 THE NIX FILM IS VERY TELLING

ARROW SHOWS SPLICE IN THE FILM

Sizing Up JFK Just Before The Zapruder Film

THE MYSTERY OF THE ROSE

In this frame JFK is distracted by
Connally starting to turn around. 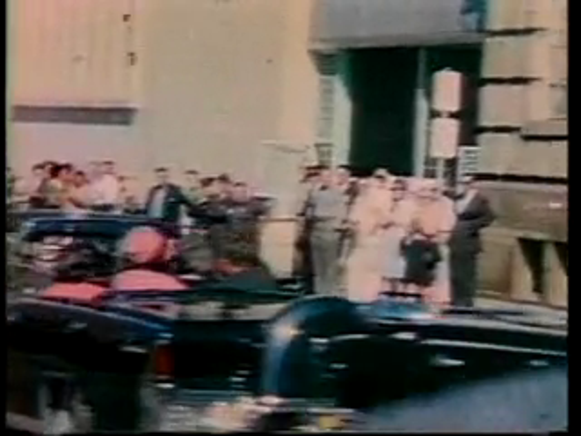 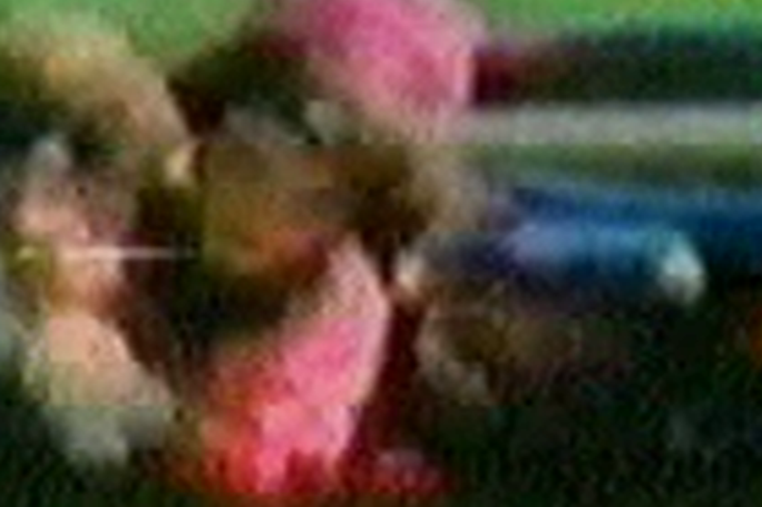 .Even though Connally is still  half   cocked around, JFK has now moved on to focus on something else.

This a color Zoomed in version of frame 312.  Notice image of gun to the right of Jackie's shoulder.

THE FRANKENSTIEN MONSTER HAD BETTER LOOKS THAN CONNALLY DID IN THIS FRAME.

Another Film From Houston Street 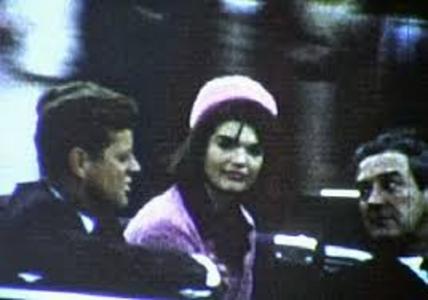 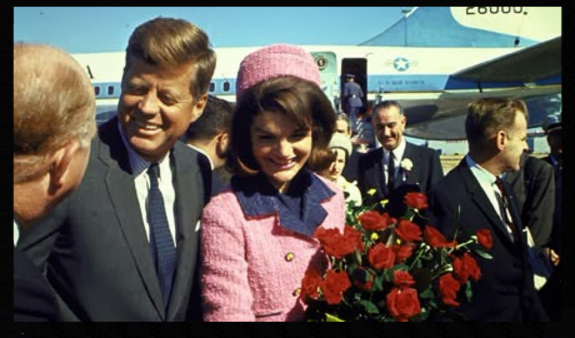 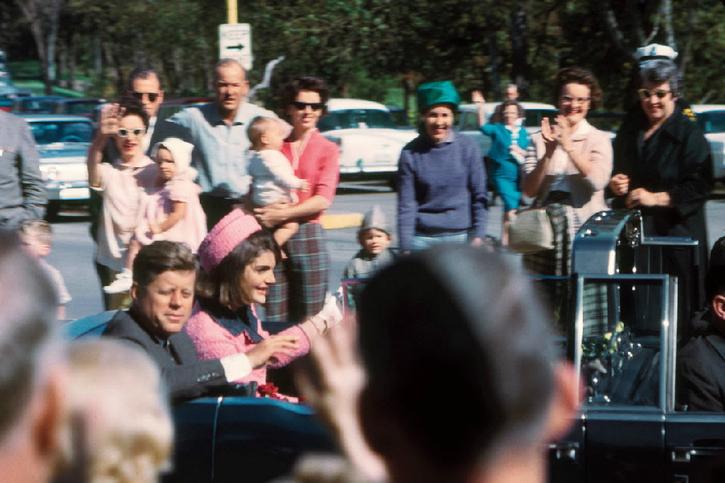 Connally's  actions are starting to be
hidden in this film to.

"The energy, the faith, the devotion which we bring to this endeavor will light our country and all who serve it - and the glow from that fire can truly light the world”  JFK

.Jackie, had clutched two red roses to her person, when she got into the ambulance to accompany her husbands body when leaving Parkland Hospital.  Some how the roses had slipped in underneath  President Kennedy's shirt when he was shot.  A doctor had given her the roses. 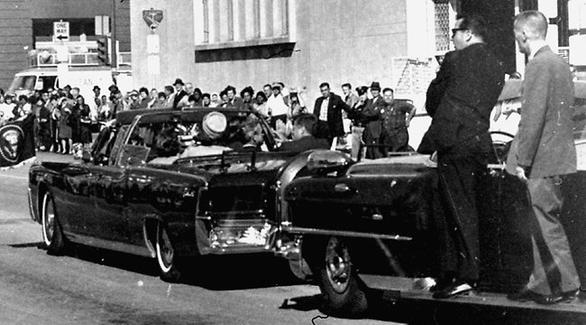 1967 COPY OF THE ZAPRUDER FILM

"To sin by silence when they should protest makes cowards of men".
Abraham Lincoln 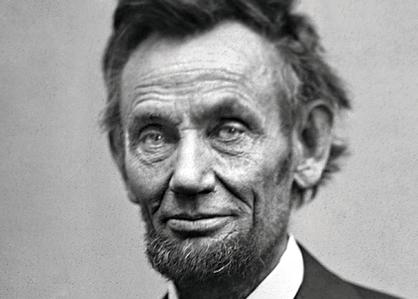 THE REAL KILLER IS BELOW GOVERNOR JOHN BOWDEN CONNALLY 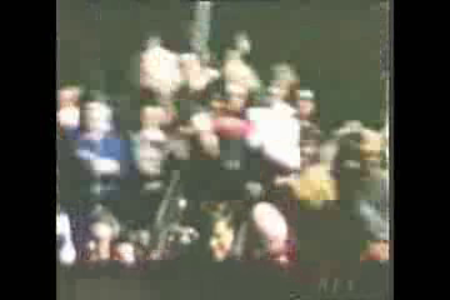 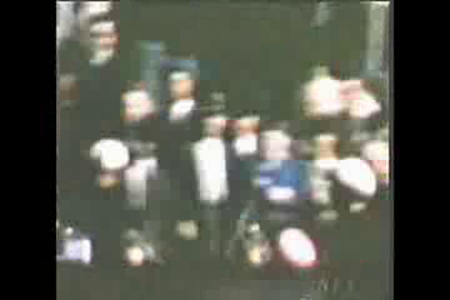 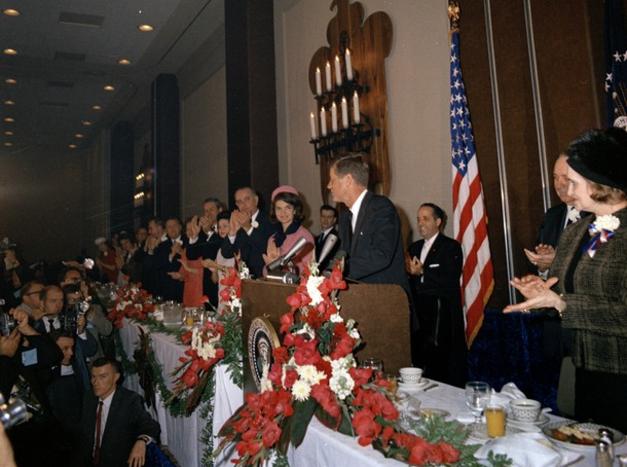 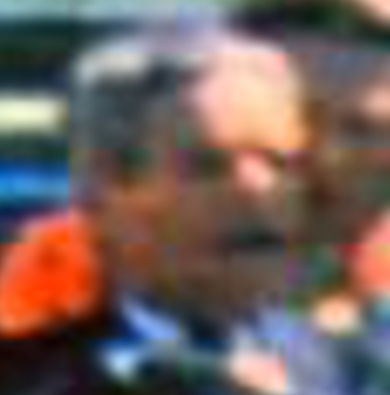 SUPER ZOOMED IN VERSION OF 312

.Connally has the attention of JFK.
Connally's eyes have a black bar over them.  His head has been
blurred.

.We have posted a series of select
frames from the Nix Film.  They are
in order but not frame by frame.

In this frame JFK is talking to his wife. 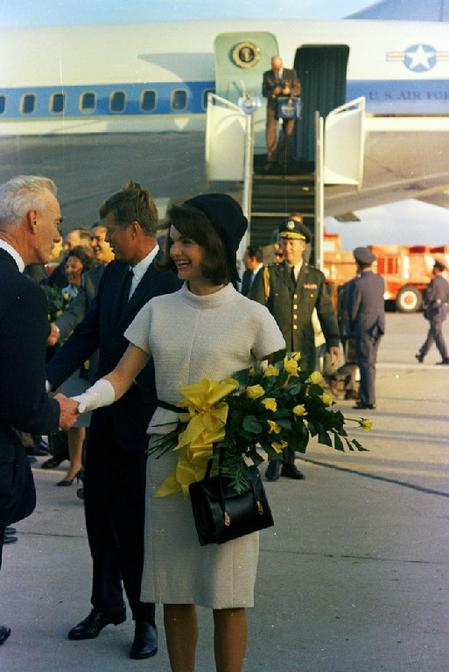 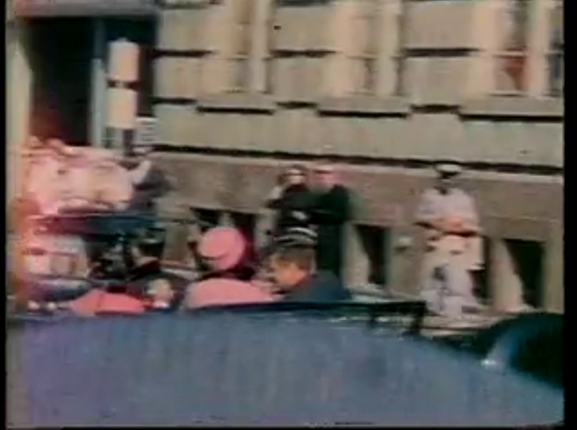 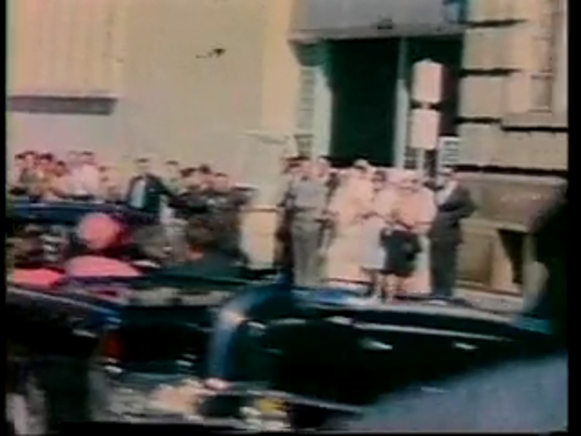 Notice JFK smiling and relaxed ,  Connally however is stressed out looking , bugged eye like a crazed animal before it strikes! 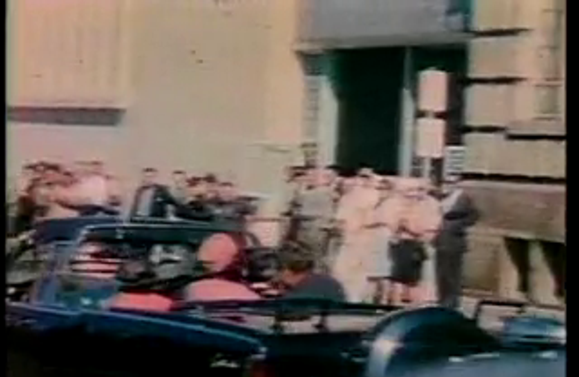 LEE HARVEY OSWALD WAS A PATSY 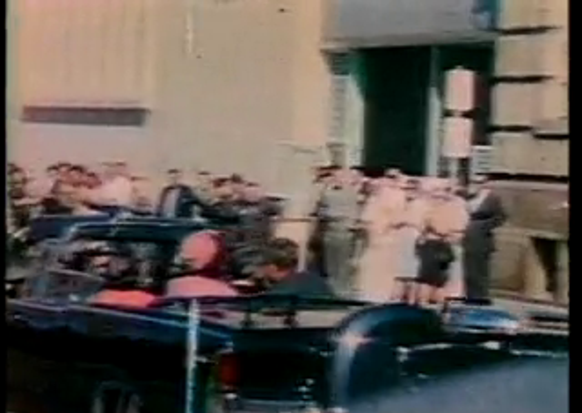 Roses could be seen as a symbol throughout their trip to Texas. They were everywhere, at dinners, breakfasts, cars, and in the limousine.

ZOOMED IN IMAGE OF THE KILLERS HEAD 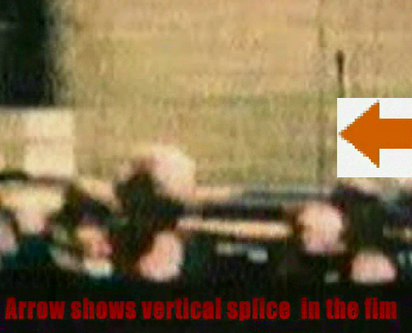 WAKE UP AMERICA YOU HAVE BEEN FOOLED !

BABY BOOMERS THIS IS YOUR HISTORY ARE YOU GOING TO SIT BACK AND DO NOTHING?

ZOOMED IN FROM FRAME FROM THE LEFT

.Connally is still up to no good.
His head is still blurred..  JFK is still
wondering what he is up to.

CONNALLY'S HEAD HAS BEEN DOCTORED WITHIN THIS FRAME.  UNDER THAT IMAGE HE IS LOOKING STRAIGHT AT JFK TO SHOOT HIM.

HOW MUCH EVIDENCE DO YOU NEED!

This frame Connally's head
has really been blurred. Notice
that his head is really blurred as
compared to the other occupants 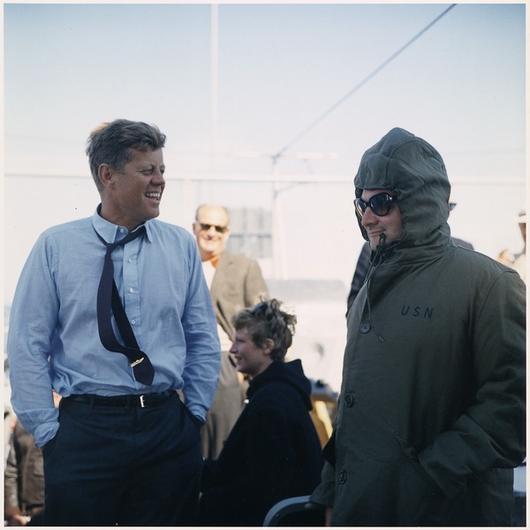 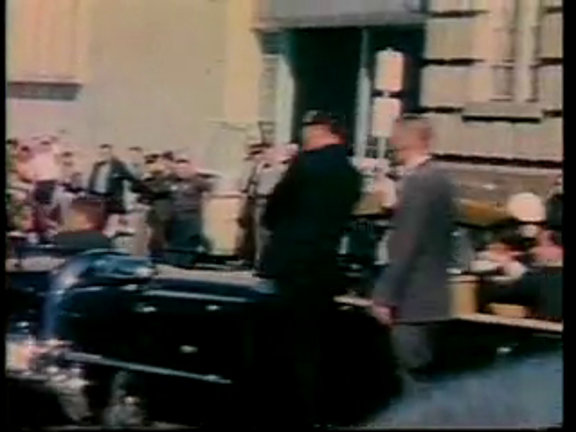